DJ Mes ‘ Guesthouse Music ‘ Oakland, CA Bay-Area bred DJ Mes (Jason Sutton) rarely slows his groove. Since the 2004 inception of his Oakland-based label, Guesthouse Music, Mes has produced a prolific catalog of bass-heavy tracks that have scorched dance floors amid the ebb and flow of electronic music. As a DJ, his sets have inspired; as a producer, his montage of disco-dredged beats meld bump with rhythm and bass to create hot buzz in front of and beyond the speakers. In 2011, Traxsource honored Mes with the top spot on a list of 100 best house tracks of 2011 following the release of the bumpy Chicago-sound behind “Fools Gold” (Cajual Recordings). Mes’ career dates back to the mid-1990s, when the future producer took early influence from the likes of DJ Dan (Funky Techno Tribe) and Tony Hewitt (Tango Recordings). Some two decades later, it would be DJ Dan who would join the talent ranks of Guesthouse Music, Mes’ genre-defying imprint that earned him notoriety beyond numerous festival appearances, club residencies, and as co-founder of Daddy’s Records (1996). Unlike previous endeavors, Guesthouse bloomed as a personal and creative project inspired by the underground house community that embraced the sound in the U.S. and overseas. While Mes continued releasing tracks on acclaimed labels such as Black Cherry, Magnetic, and Flapjack, it was his own Guesthouse Music that set the pace, releasing 150 EPs-including 40 vinyl releases-since its inception. Mes’ ear for talent led to the unveiling of some of the most successful names in underground house, including breakout artists of 2011, J Paul Getto, who scaled the charts of Traxsource with “Need More Music” and “Paris Fried Chicken” Boundary-bending producers, such as Gramphonedzie, and classic acts, such as Cosy Creatures and The Sound Republic, exploded onto the scene under Mes’ own A&R moxie. Even while he introduced new DJs and producers to audiences, he continued creating his own body of boompty sounds. While Mes looks ahead for talent, he creatively nods to sounds that inspired him to slide behind the decks more than 16 years ago. In 2011, Mes followed up his seminal “Fools Gold” release (Cajual Recordings) with a second EP, “Town Business.” “Love Affair,” a rework of First Choice’s classic “Love Thang,” climbed the underground charts alongside a remix of Two Ton’s Of Fun classic, “I Got the Feeling.” Even while maintaining a regular touring schedule throughout the U.S. and Europe, Mes continues partnering with the some of the scene’s most lauded producers, such as DJ Sneak and his own greatest influence, DJ Dan. In December 2011, Mes and Guesthouse created another piece of house music history by releasing their 100th track, “3000” (J Paul Getto). For Mes, it marks the beginning of another phase of underground house evolution. Adds Mes: “I’m always working to sign new or undiscovered music and talent to the label, and maybe even throw a curve ball to startle people with a new, unexpected style or sound. It’s what it’s all about.” 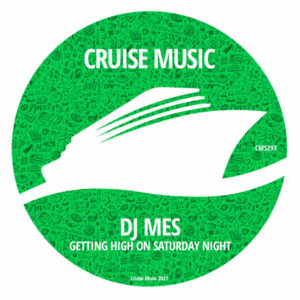